THE LAST DAYS OF "THE LAST CALL"

The Last Call – Today is legendary radio DJ Harry Cunningham’s final day working at WQRX FM radio before he makes the transition to XM. He came into work expecting to just do a clip show, takes some calls, and say his goodbyes. However, when a strange caller demands he unearth a dark secret live over the radio, Harry refuses. One by one everyone in the station is being picked off by this strange caller who only has one request…play the tape or DIE.

Written and directed by Marcus Slabine, the film stars Terry Alexander (Day of the Dead).

ADDITION: Marcus Slabine has teamed up with Terry Alexander and Fuzz on the Lens again for his new film, The Dark Offerings, shot entirely via webcam during the COVID-19 quarantine. 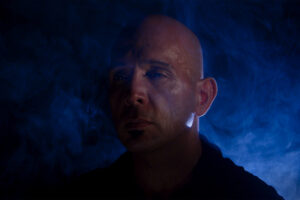 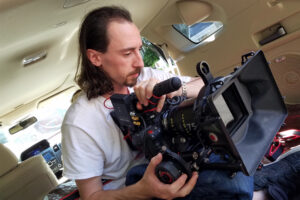 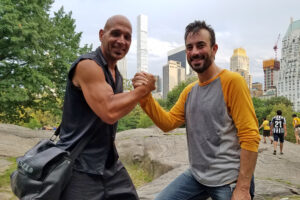 Production is complete on another short dramatic film, this time in conjunction with writer, director and star Gilbrando Acevedo.