At Fuzz on the Lens, feature films have long been our bread and butter.  Don’t get us wrong, we love shorts, music videos and everything else involving a camera, (even live performances) but features are close to our heart.  Way before this was ever a business to us (like ages in the single digits) we were grabbing cameras running around the neighborhood and making full length movies. Today things are a little different, but the passion remains the same. 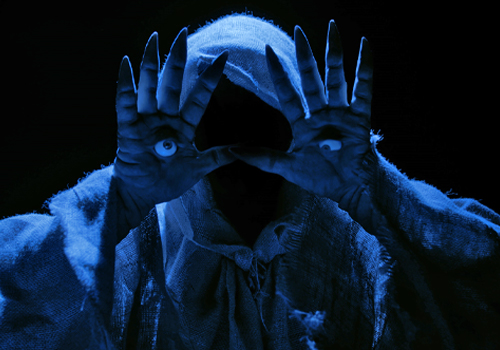 A fantasy comedy set in a world "Where it's Weird to be Normal." This creature feature is an adult fairy tale where mythical monsters live alongside humans. 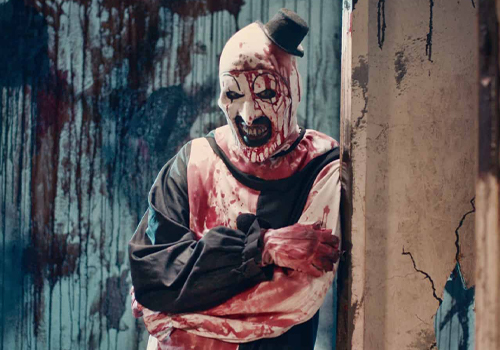 Art the Clown is resurrected and returns on Halloween night ... Terrifier and Terrifier 2, written & directed by Damien Leone. 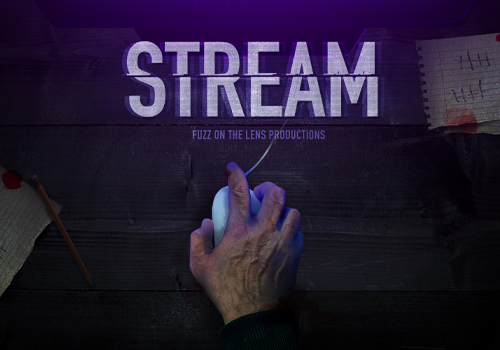 A modern update to the traditional slasher film, Stream is the beginning of an all new horror series. Casting announcements & production will begin soon. 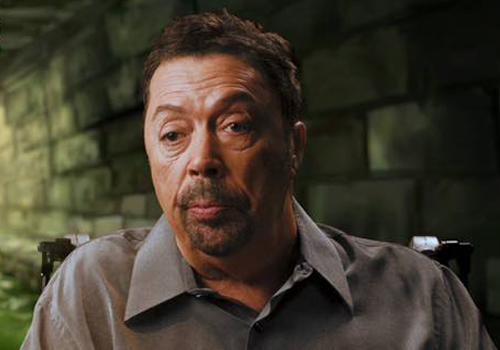 A documentary surrounding It (1990), based upon the Stephen King novel of the same name, which featured a notorious villain known mostly as Pennywise. 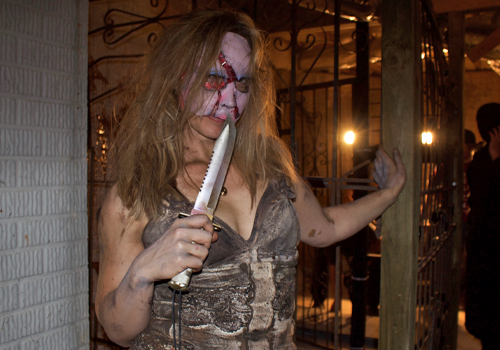 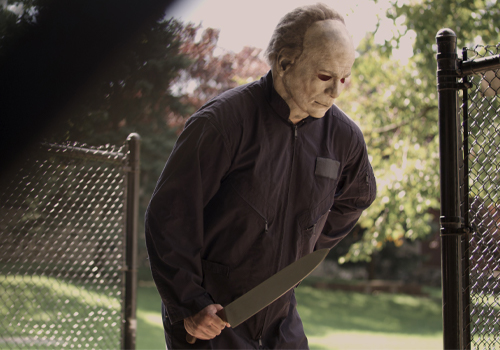 Starting with Halloween Awakening and continuing to our spoof trailer, Halloween 60, we have a long history with Michael Myers.

SUPPORT OUR SHORT FILMS BY BECOMING A PATRON...

For as little as $1 per month you can become part of the team and support all of our creative endeavors, especially our short films, sketches, series and podcast.

Even beyond our eternal gratitude, there is so much to gain, from discounts and special merchandise to early access and exclusive content. Click the logo to learn more. 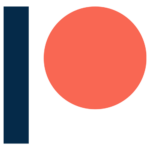 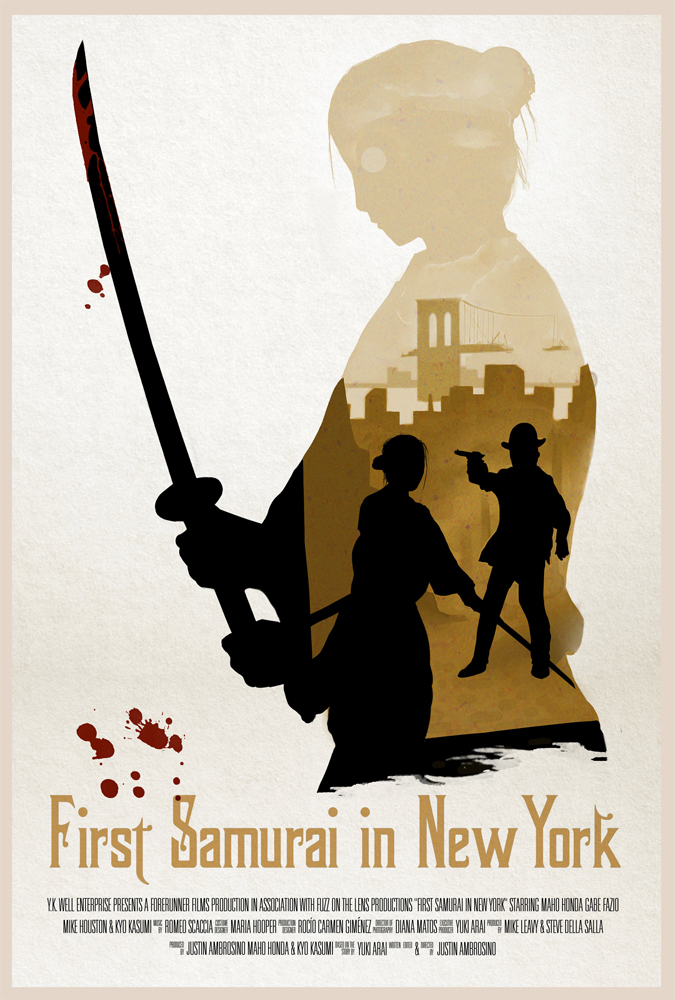 Shot in conjunction with Forerunner Films and Director/Producer Justin Ambrosino; this short film that looks to become a series, is set in 1883 and tells the story of a Japanese-born woman, trained as a samurai, that emigrates to New York hoping for a better life. Instead she finds racism, violence and the need to defend the innocent.

The film is completely period accurate and was shot entirely at Staten Island’s own Historic Richmond Town in a very short time, despite a fluke blizzard hitting during production. The film stars Maho Honda, Gabe Fazio, Mike Houston and even features our very own Robert Privitera.

It’s the year 2038 and Michael Myers has returned to Haddonfield once again to finish what he started 60 years ago. Now at the ripe age of 81 the man once known as the “Shape” is out of shape, but is somehow still feared by all. Watch as he faces off against Laurie Strode, one last time, again, maybe…in this shot for shot recreation of the 2018 Halloween trailer.

This spoof trailer is a painstaking recreation of it’s predecessor. This attention to detail coupled with a deep knowledge of the franchise, quickly drew the attention of fans and allowed the parody to go viral. With reactions and reviews coming in from all different corners of the world wide web.  Even from the real films writers Danny McBride and David Gordon Green as well as one of it’s stars Rhian Rees.

We Watched a Movie Reaction 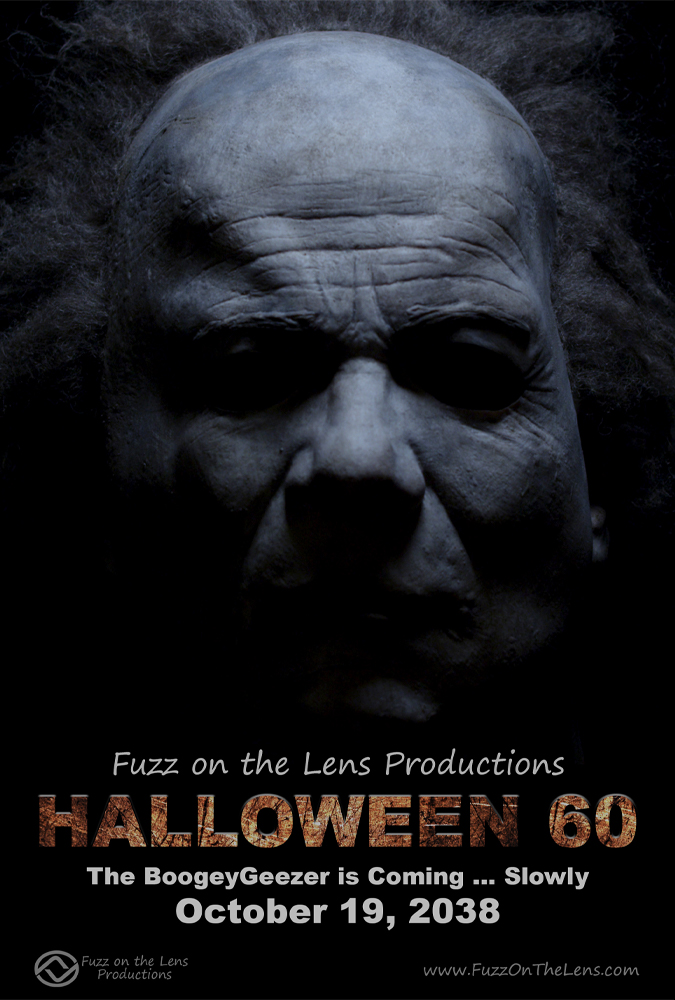 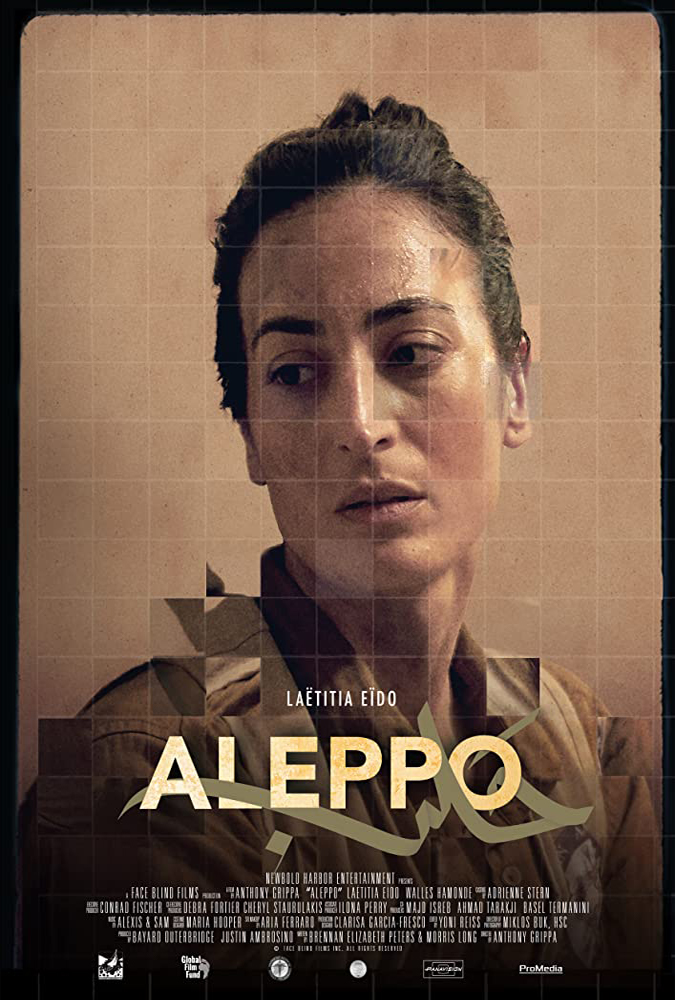 Aleppo is an award winning short film that continues to be showcased at film festivals around the world as it’s feature film adaptation, The American Doctor, is in the works.

Funded through charitable donations in order to promote awareness of the work international doctors are doing in Syria. The film, produced by Bayard Outerbridge & Justin Ambrosino and directed by Anthony Grippa stars French actress Laëtitia Eïdo (Netflix’s Fauda) as Hanan, a successful Syrian-American doctor, who returns to Syria to help victims of war. When the hospital where she works is bombed, she suffers a traumatic brain injury that leaves her face blind. Unable to recognize the faces of even those closest to her, Hanan’s world has been turned upside down and her identity lost.

This short dramatic is finishing it’s festival run and has already garnered multiple awards, 10 to be exact, winning in every category it was nominated …

Written & directed by Gilbrando Acevedo, he best describes the film like this: Somewhere between fragmented visions, thoughts and actions, multiple characters are drawn to meditation by the music of a melodic flutist whose insights challenge the very meaning and purpose of their life.

See the complete list of the film’s accolades HERE.

Learn more about the cast and take a look behind the scenes HERE. 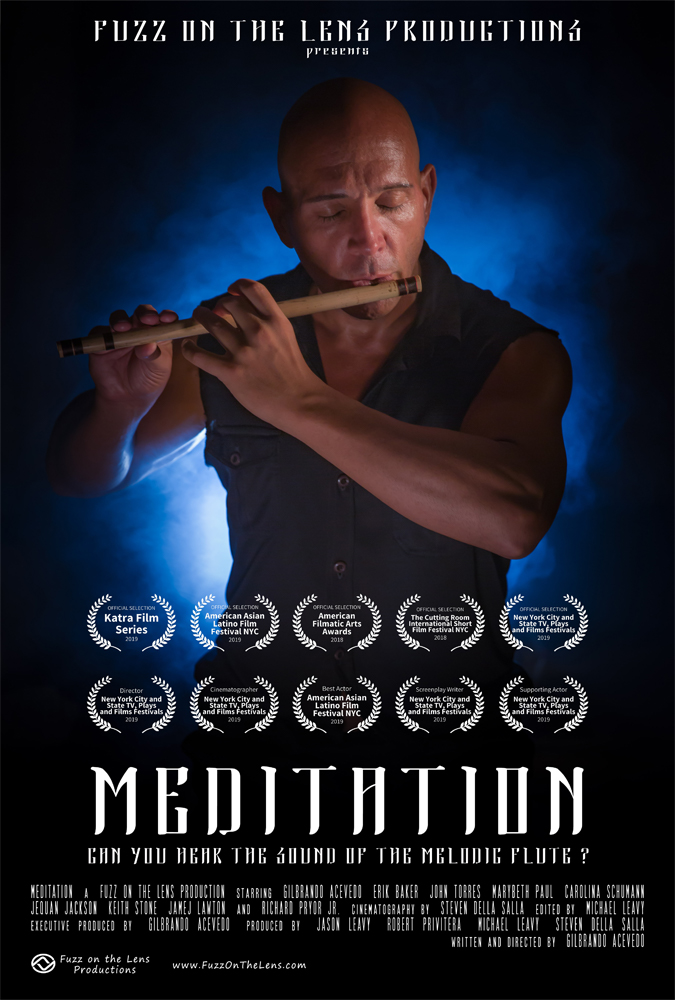 COMEDIES FROM THE ARCHIVES

Mixed Messages: A teenage boy musters up the courage to send that make-or-break text to the hottest girl in school. Then he waits for her to answer … and then he waits some more. It was nominated as one of the Best Comedies in the country and selected to screen at Campus MovieFest Hollywood.

The Last Laugh: A found-footage mocumentary, chronicling our team’s investigation of a haunted carnival ride.

Operation: With over 11.5M views on YouTube, it has left quite an impression. It is a spoof-trailer for the film version of the popular board game. Dr. M. Bradley “will leave you in stitches.”

Discover much more, including bloopers and behind the scenes insights HERE.

DRAMA & HORROR FROM THE ARCHIVES

Halloween Awakening: Our take on continuing the legendary Halloween franchise. It is a direct sequel to Halloween Resurrection and is based on John Carpenter’s original vision. It does not overlook any aspects of the eight preceding films; it instead purposefully incorporates ideas from all of them in order to create one fluent and connected Halloween franchise. Learn more HERE.

Directions: In what is possibly our first true drama, the story of a dying woman’s regrets forces a young girl to take a look at herself, her choices and her future. Starring Eileen Dietz (The Exorcist), Jackie Adragna and Kristina Jiminez

The Last Call: When a strange caller demands a retiring DJ (Terry Alexander) to unearth a dark secret live over the radio, a simple night takes a dark turn.

Georgie: Near the intersection of Witcham and Jackson, Georgie Denbrough’s young life came to an abrupt and tragic end. But what if Pennywise the Dancing Clown hadn’t killed Georgie after all?  Written by  John Campopiano, directed by Ryan Grulich and starring the original Georgie  Tony Dakota.

Angry but lovable comedian Caig Loydgren’s first one hour comedy special, recorded in front of a live audience at the Comedy Cove, takes us into his world as he talks about marriage, his kids and a variety of other topics that are useless yet relatable at the same time.  TRAILER

Fuzz on the Improv

Fuzz on the Lens has a growing tradition of sell out crowds that all began with Fuzz on the Improv.

Heading back to our roots at Monsignor Farrell High School, we were invited to organize an improv show, hosted by Michael Leavy and featuring fan favorites such as Jason Leavy, Matt Burns and Michael Carrone.

Whether they are in front of a screen or a stage, we love seeing a happy crowd.  So we teamed up with our friends at the historic St. George Theatre and sponsor Get Hard starring Will Ferrell, Kevin Hart and Alison Brie to put on another improv / stand-up performance for a sell out crowd. We also gave them a chance to meet our Staten Island Clown (see more below).

After there was such high demand for the first show, we had to quickly follow it up with another. It also went off without a hitch in front of a packed house.

SUPPORT OUR WEB SERIES BY BECOMING A PATRON...

For as little as $1 per month you can become part of the team and support all of our creative endeavors, especially our short films, sketches, series and podcast.

Even beyond our eternal gratitude, there is so much to gain, from discounts and special merchandise to early access and exclusive content. Click the logo to learn more. 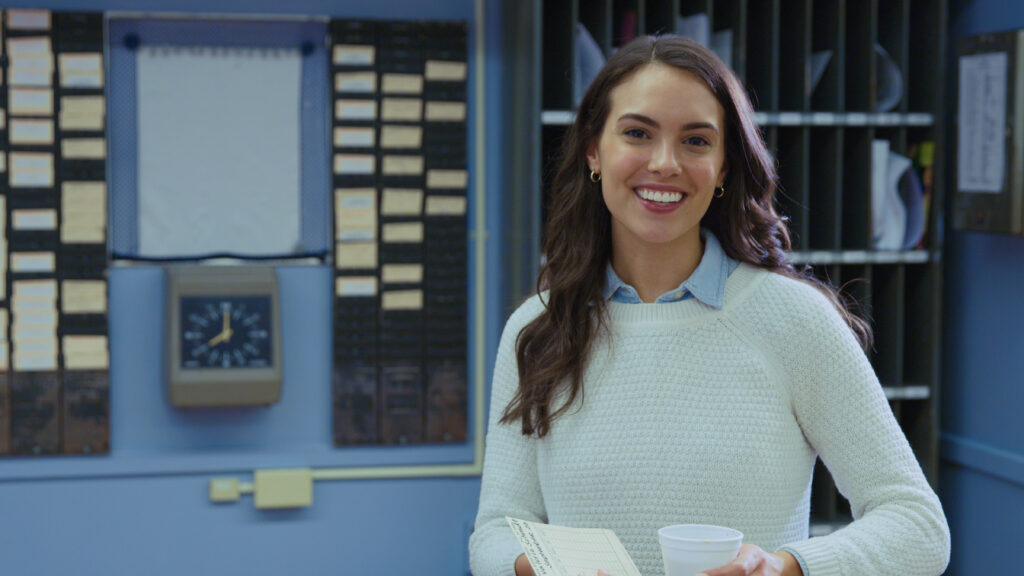 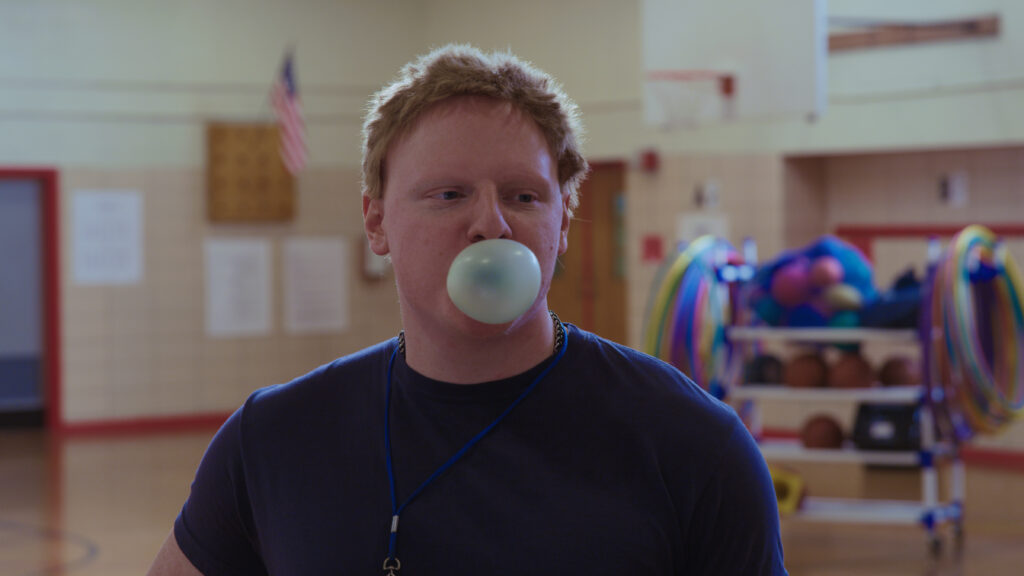 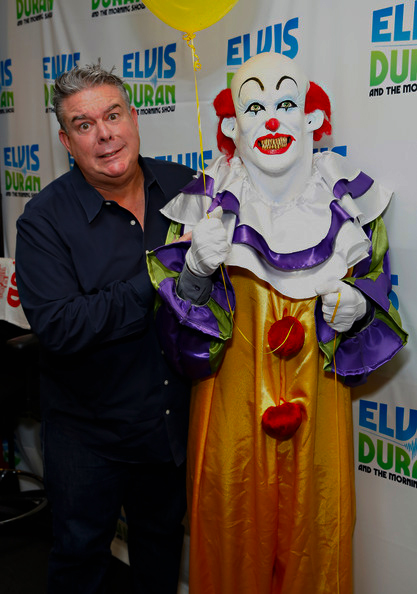 Describing who, or what the Staten Island Clown is is a tricky thing. As it does on this page, it falls somewhere between a live performance and scripted feature film.  With the audience being anyone with access to the internet and them being able to follow along with the story as it unfolds in real time.

Starting with a simple photograph of a clown roaming the streets of Staten Island, things escalated quickly. From individual accounts, to local newspapers to pop culture giant BuzzFeed, the freshly dubbed siClown was a global viral sensation in just 3 days.  At the peak of the frenzy, the siClown was revealed to be our creation on Elvis Duran and the Morning Show.

From there he went on to spend time with celebrities like The Impractical Jokers (Sal Vulcano and Brian Q Quinn) Robert Englund, Vic DiBitetto, Jim Kerr (Q104.3) and many more.  As he quickly became a celebrity in his own right, appearing at parties and events as well as promoting businesses and posing for countless photos with fans. 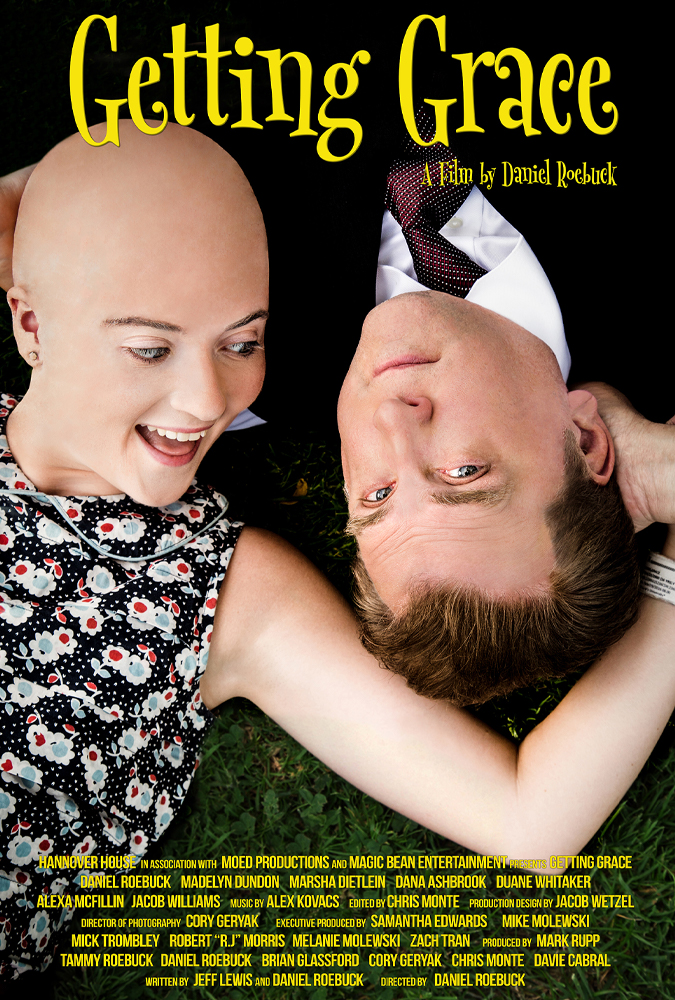 Grace, a teenage girl dying of cancer, crashes a funeral home to find out what will happen to her after she dies, but ends up teaching awkward funeral director Bill how to celebrate life. 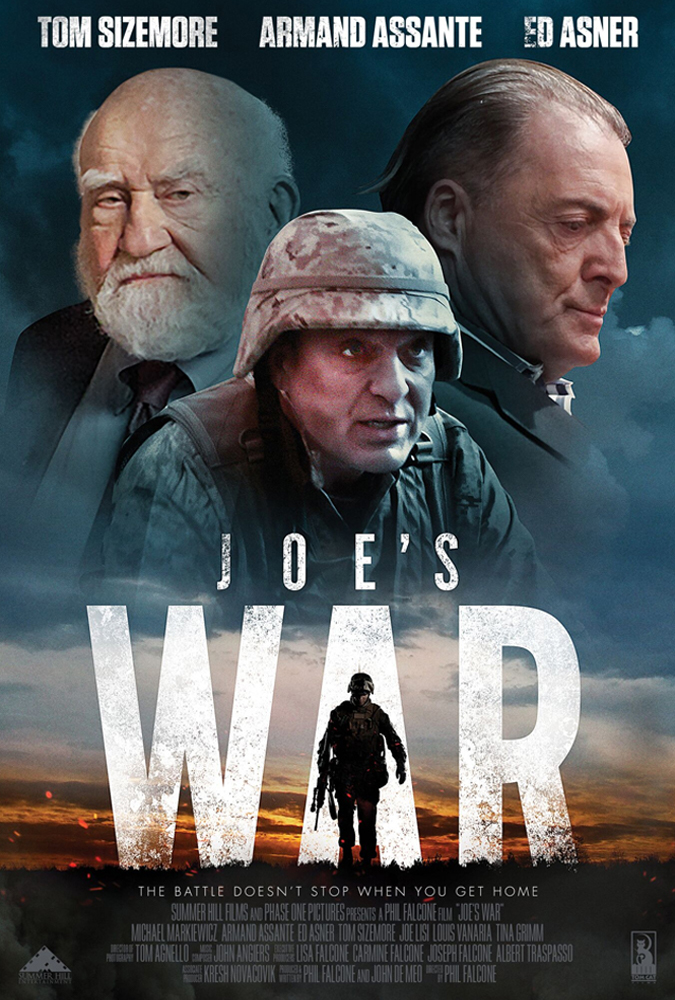 After returning home from two tours of duty as a Marine, Joe’s life unravels as he waits for PTSD treatment. Starring Ed Asner, Armand Asante and Tom Sizemore. 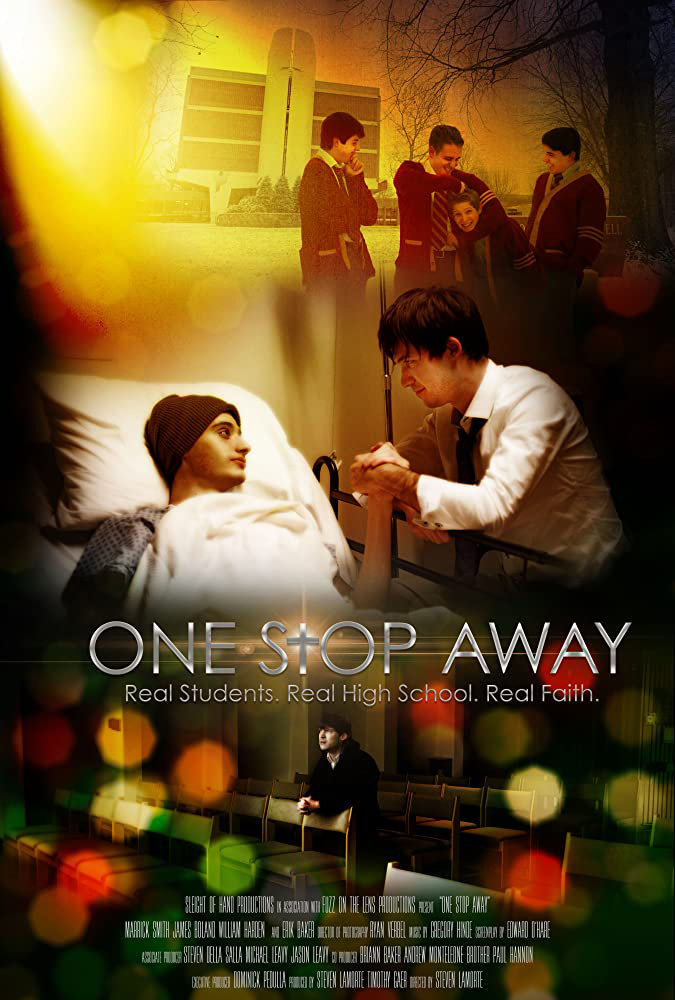 A teacher has his faith tested as he reconnects with his dying friend. Faced with losing his job, he must find a way to get through to his students, and remember what really matters in life. 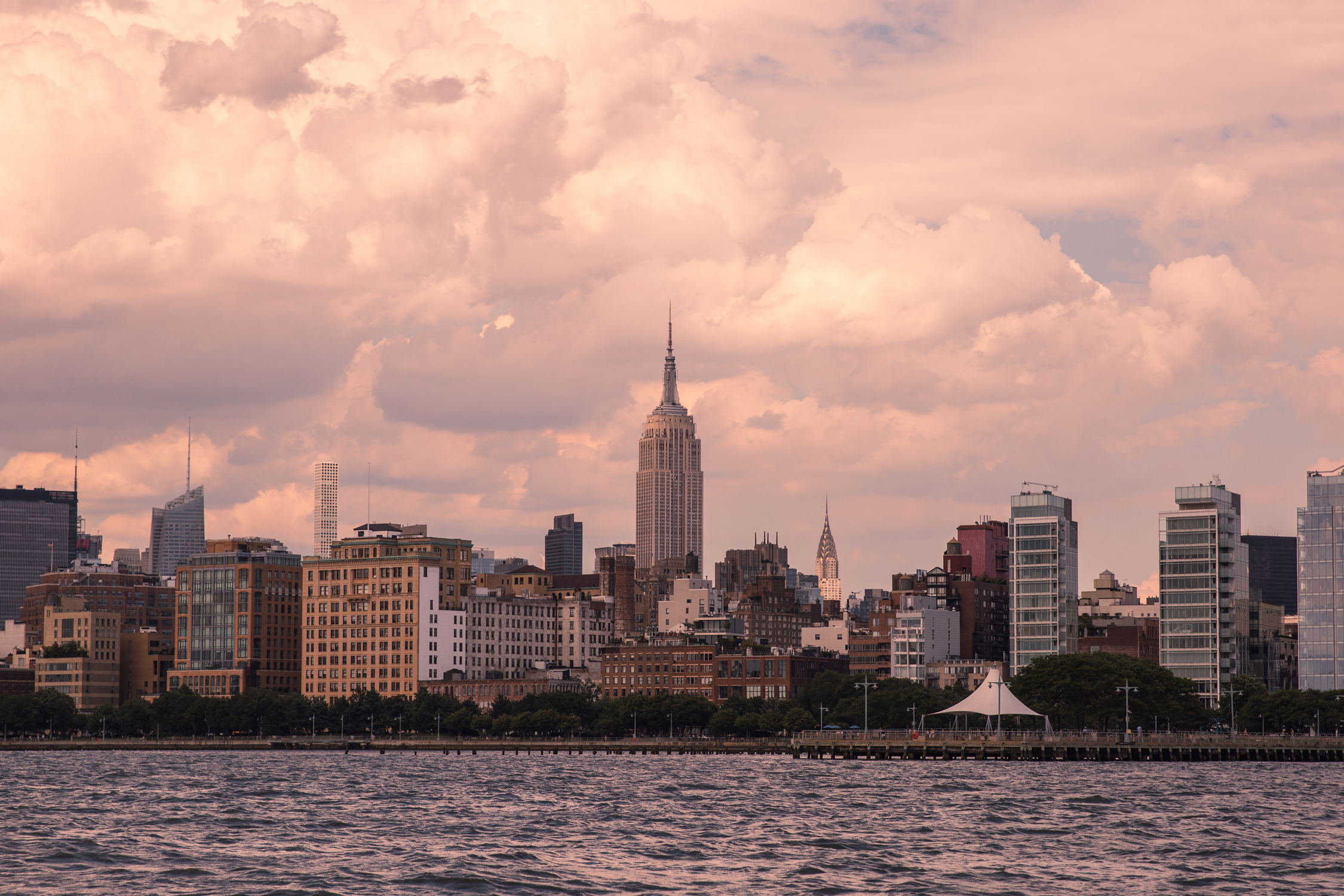 Fuzz on the Web v2.0 ... Welcome to our new and improved website. It's 2020 so new decade, new look and way more functionality including The Fuzz Shop.
Read More 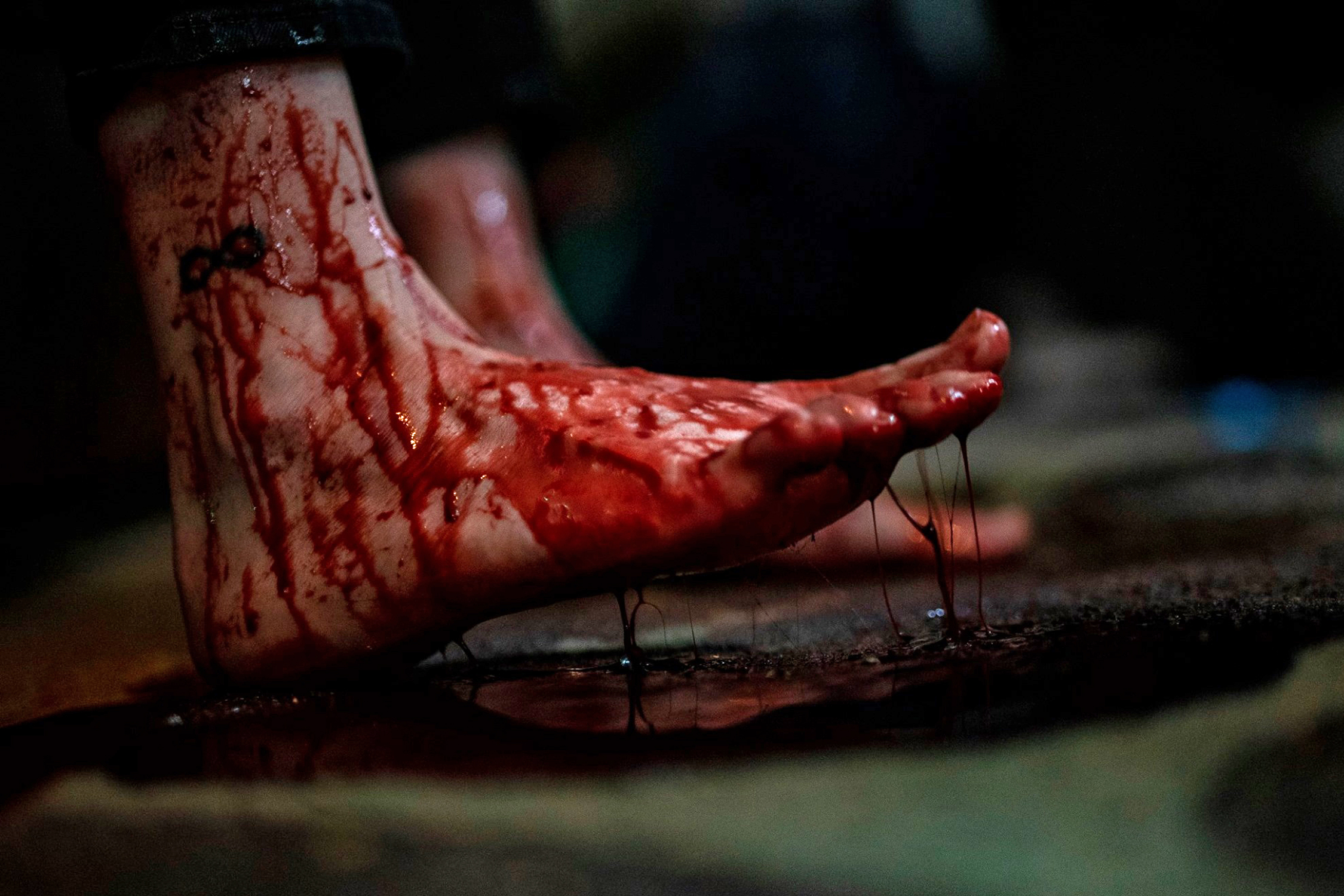 From director Marcus Slabine, "That is a wrap on ... the first socially distant horror feature shot completely during (the COVID-19) quarantine...
Read More 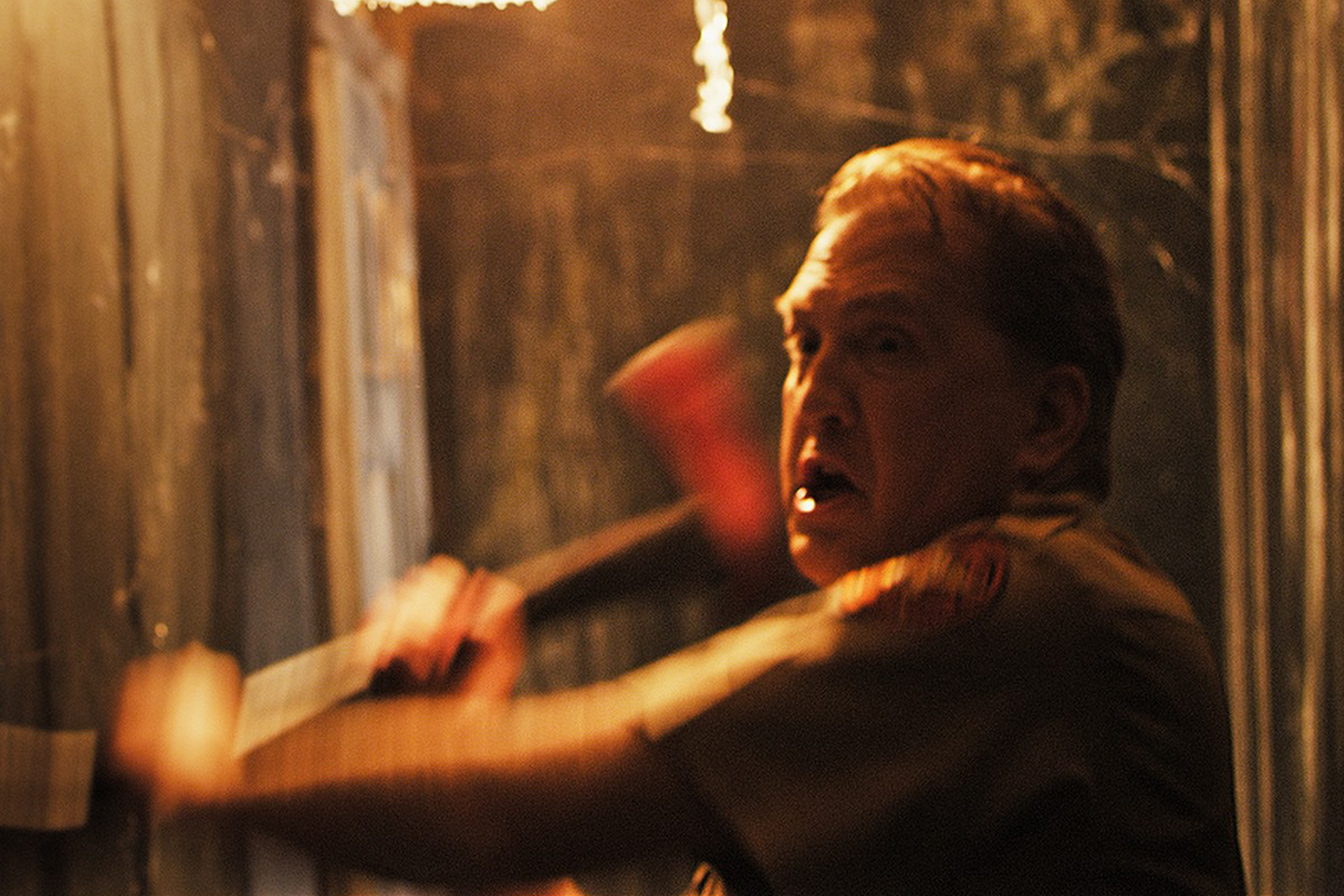 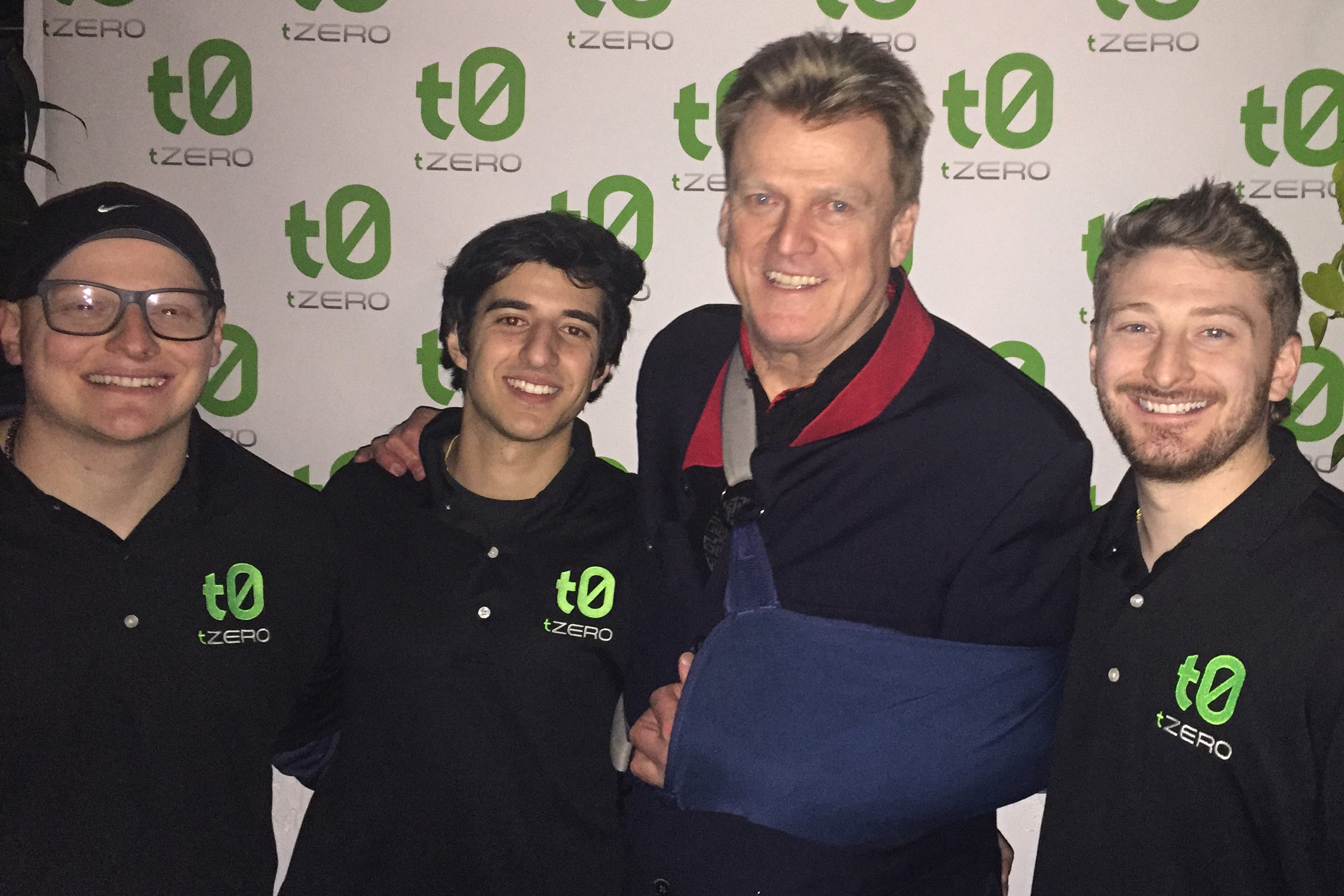 After covering tZERO's announcement and launch of their innovative security token, as well as TNABC in Miami, we return home to the World Trade Center.
Read More 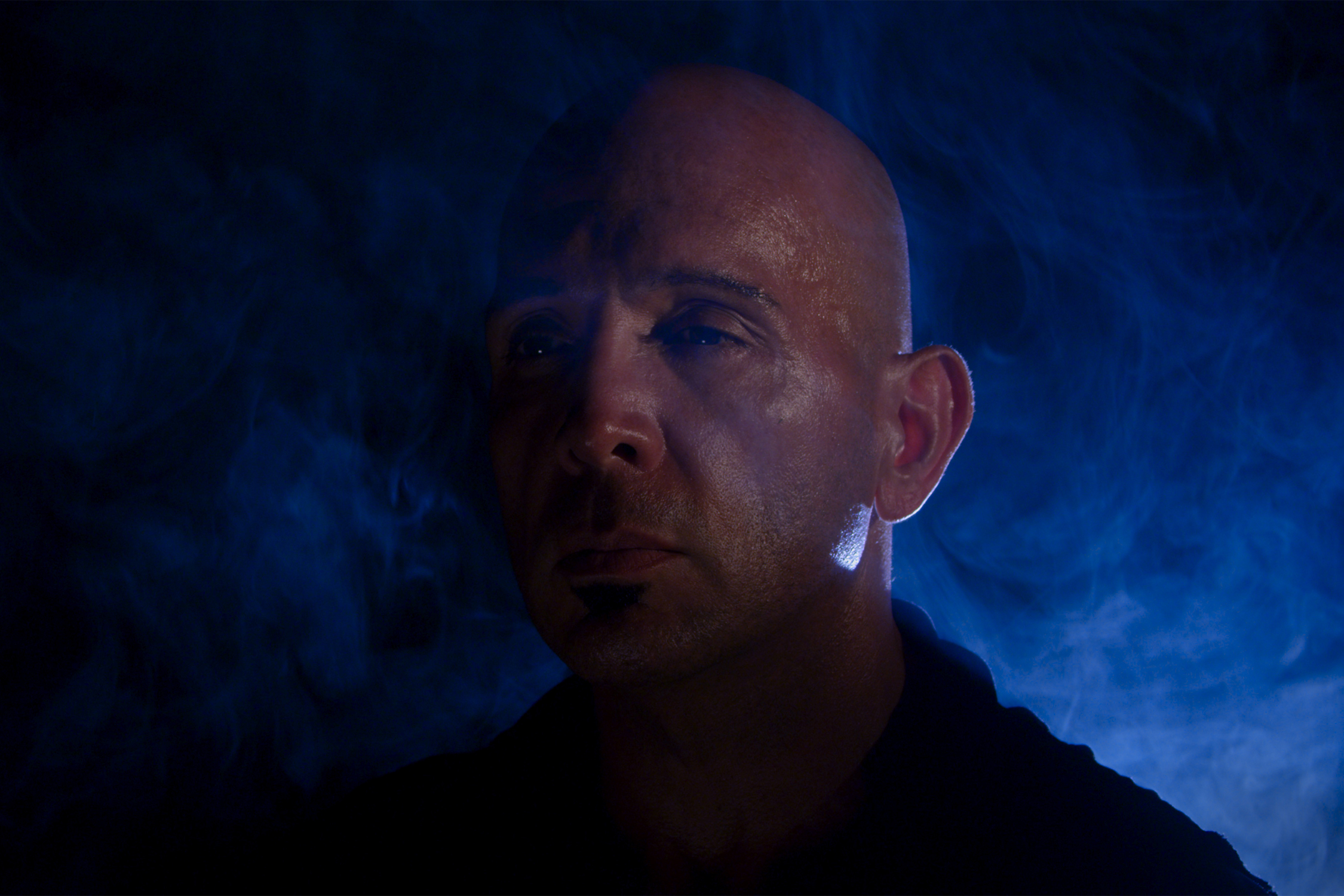 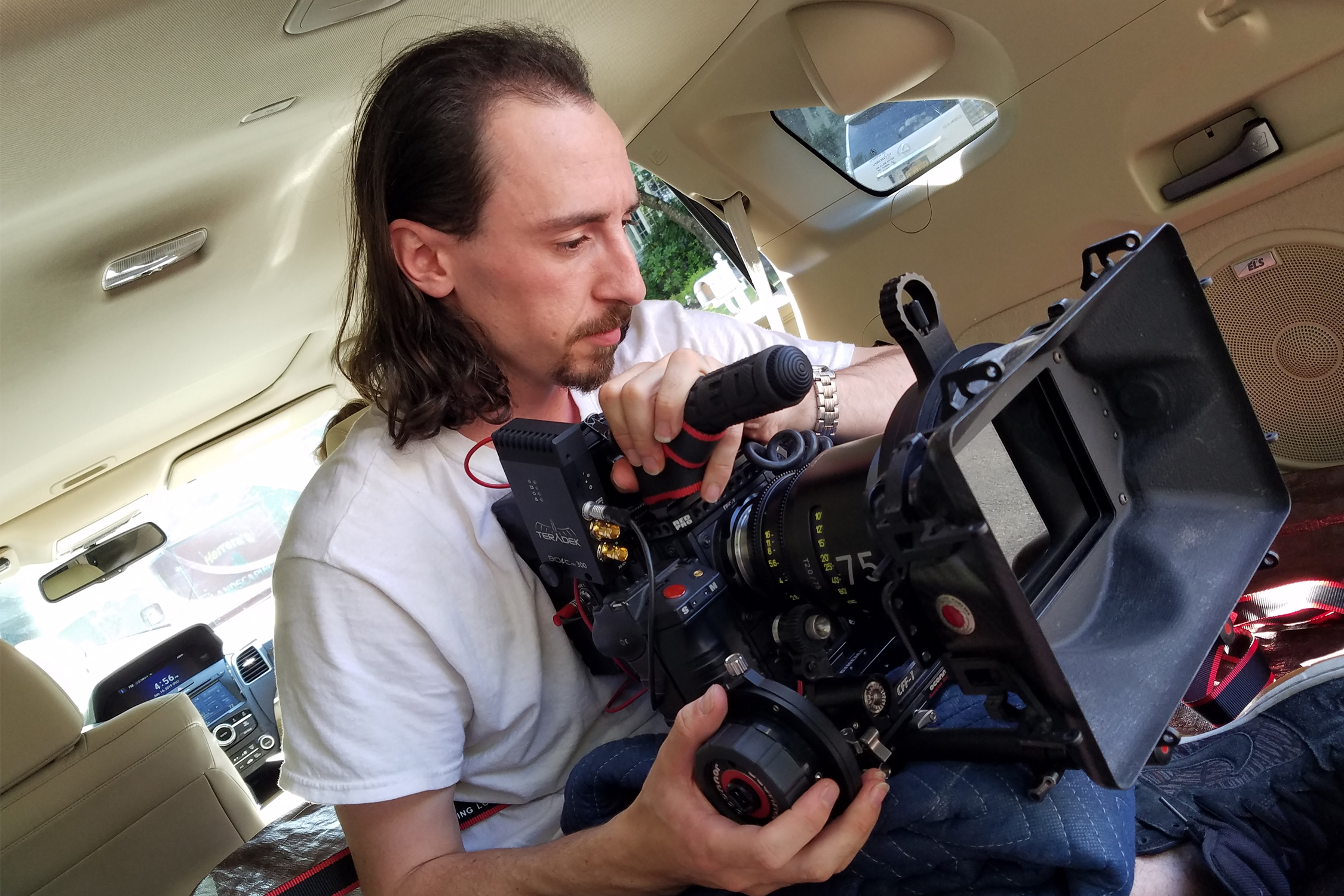 Lucky Penny is a short, heartfelt comedy directed by Nico Nepola a Staten Island native who enlisted the help of FOTL as well as his Law & Order co-workers.
Read More 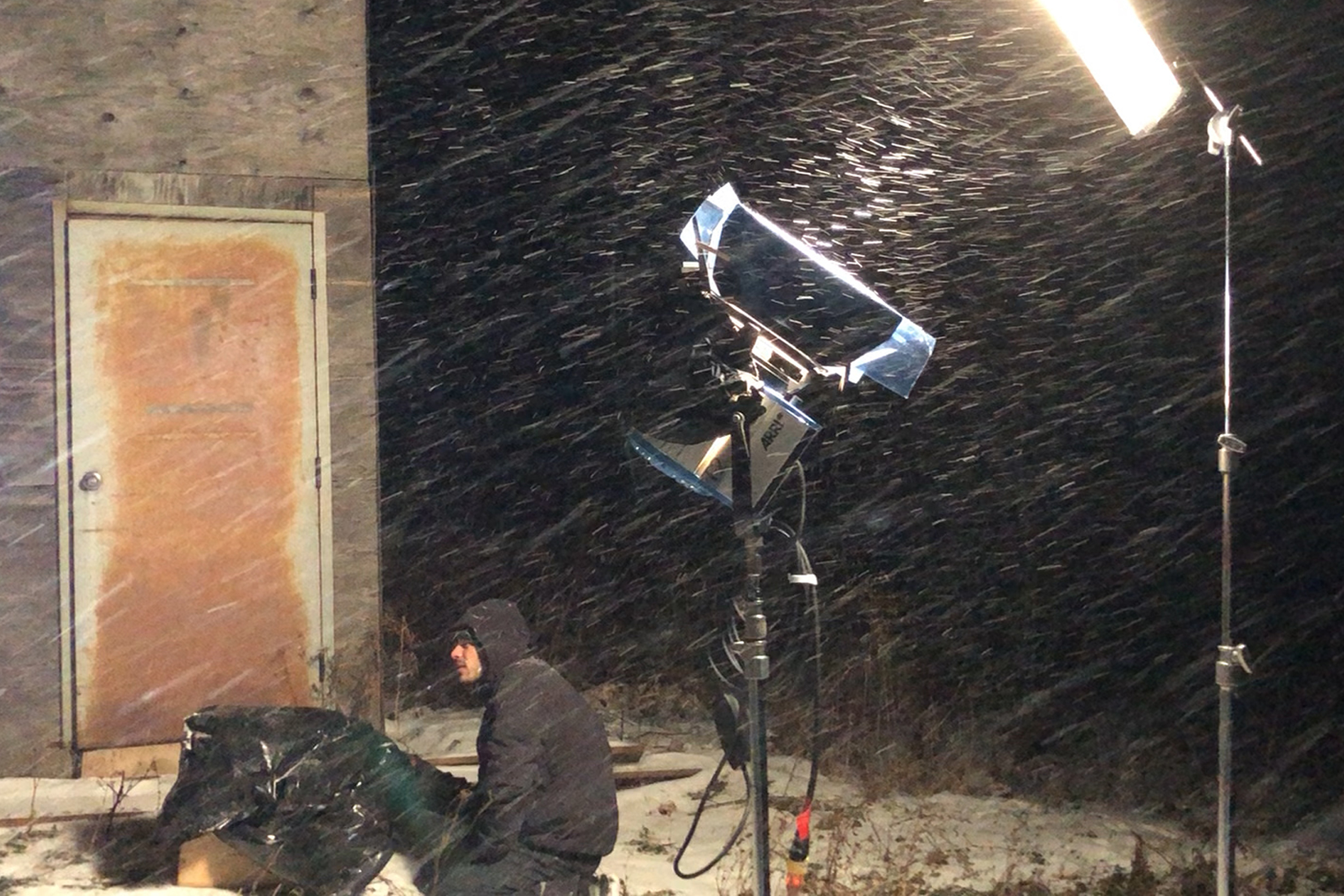 Weathering the Storm with Radiator King

With Adam Silvestri of Radiator King we headed to upstate NY to film the video for Raylene, but as night begins to fall, so does the snow, A LOT OF SNOW.
Read More 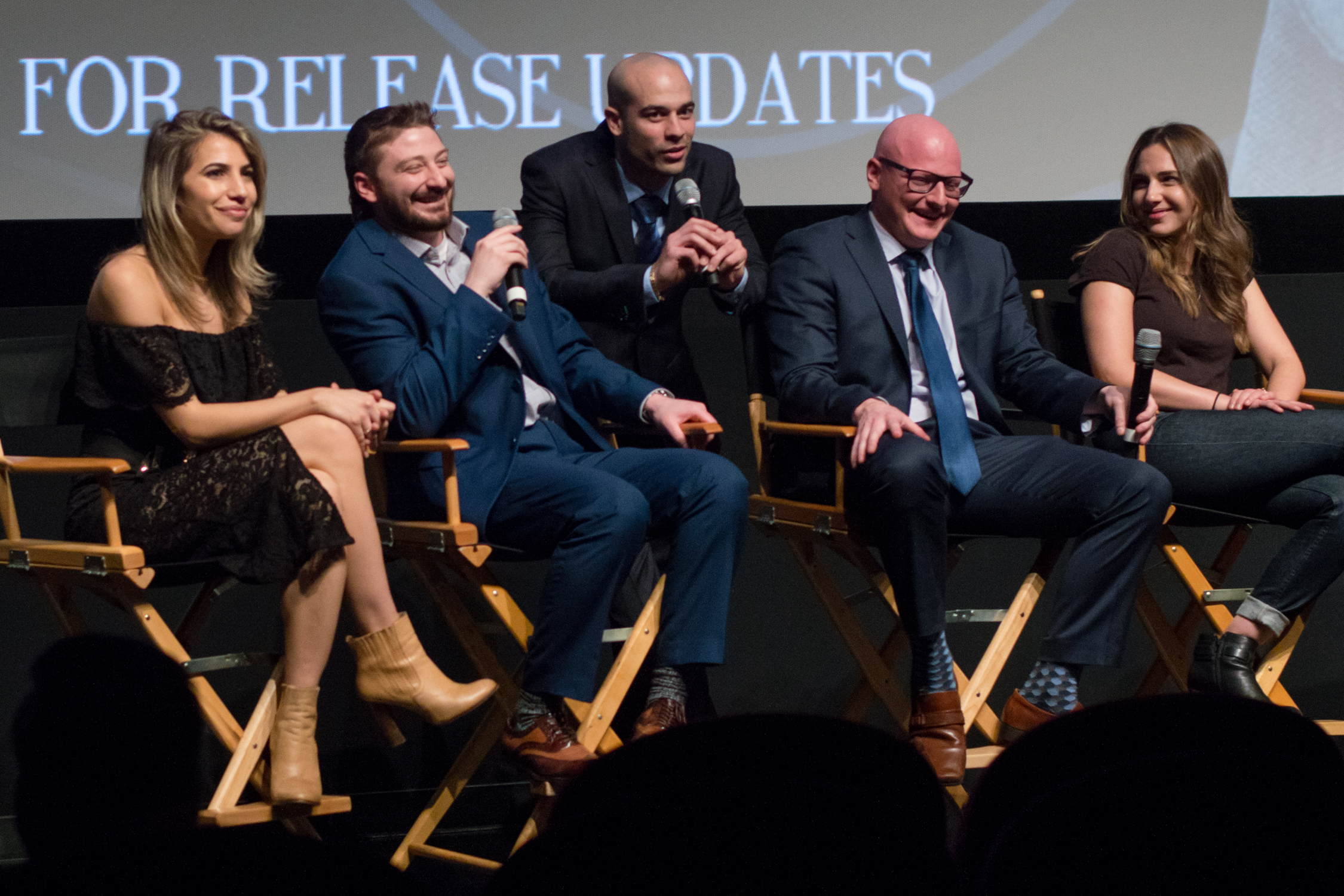 The cast, crew and over 400 excited fans got to be the first to see Abnormal Attraction on the big screen at the red carpet event held at the SVA Theatre.
Read More 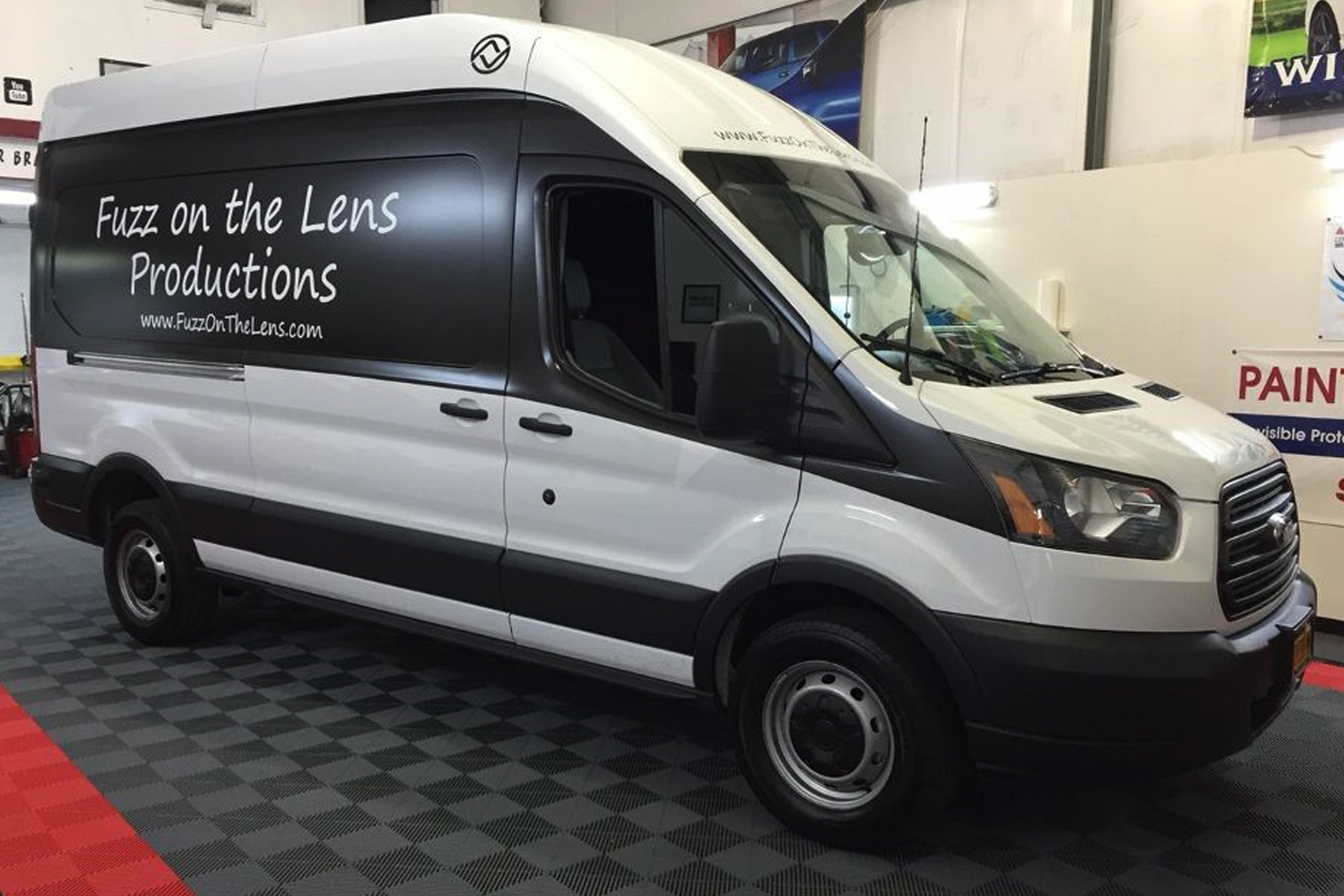 Our 2017 Ford Transit van got a fantastic custom wrap put on today. This final piece of the puzzle has it looking great and ready to work.
Read More 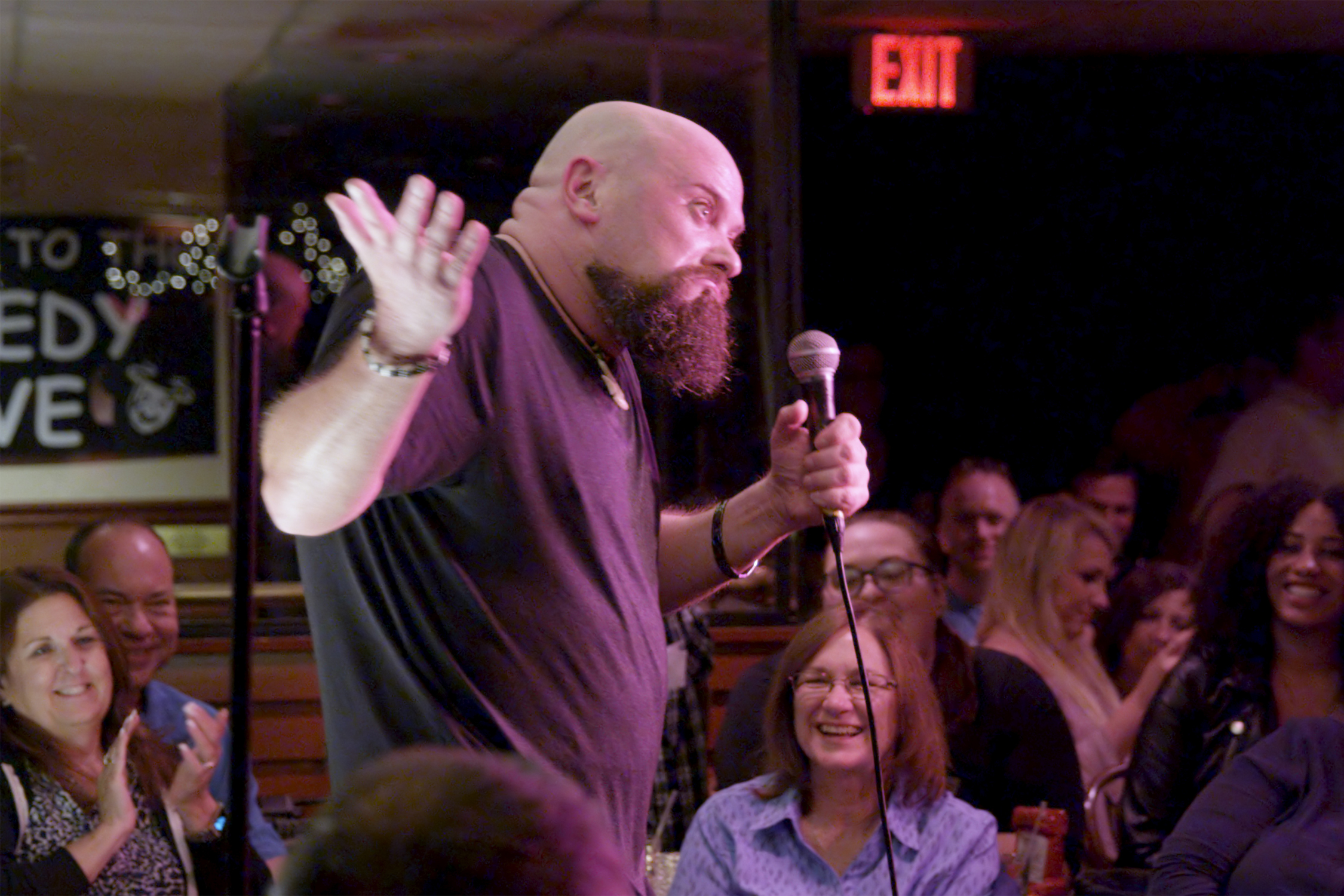 The one hour stand-up comedy special we shot for Craig Loydgren at the Comedy Cove is now available for FREE on Amazon Prime.
Read More
Scroll Up